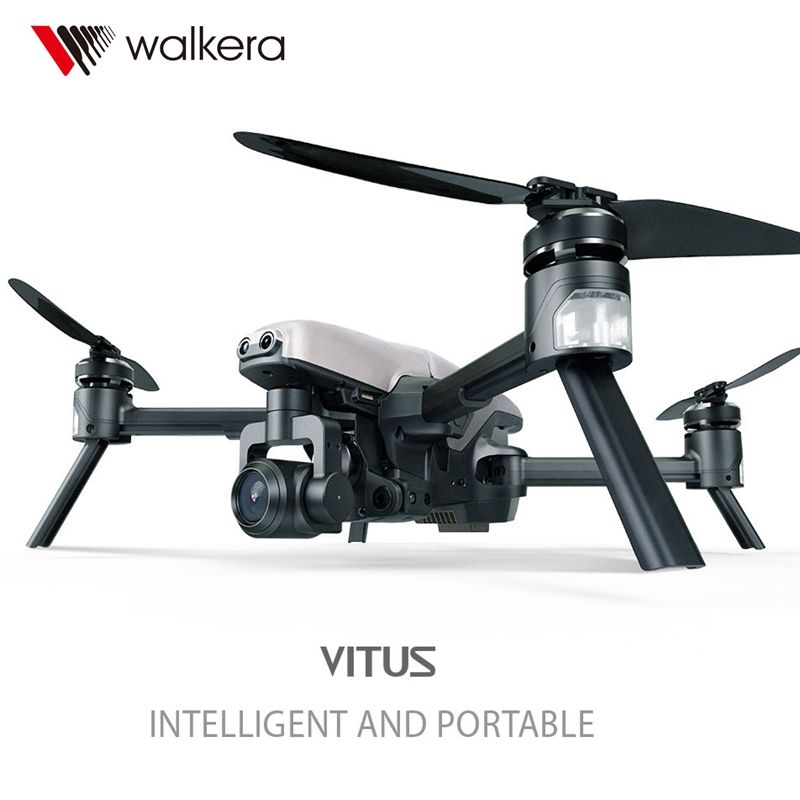 Although, for professional drone pilots who want to grow their drone businesses, this drone has some missing features. Stick with us to find out more about it as this drone isn’t a deal-breaker for everyone. You also can pretty much pick up the Walkera VITUS 320 drone at a bargain price if you just don’t need these additional features that professional photographers are looking for. Without further ado, let’s dive into the Walkera VITUS 320 drone review.

The Many Features of Walkera VITUS 320 Drone

The Walkera VITUS 320 and DJI Mavic Pro have several commonalities. We’ll address very different similarities and differences. This guide is like a quick comparison of the VITUS 320 and Mavic Pro. Plainly, it seems reasonable to do so because the VITUS 320 is positioned as a direct competitor to DJI at a much lower price tag.

The Similarities of VITUS 320 vs Mavic Pro

The Differences of VITUS 320 vs Mavic Pro

The flight performance is the most pivotal section. As you can see, the Walkera 320 VITUS drone is one of several quadcopters that sports a good flight performance thanks to its integrated 3D obstacle avoidance sensors. Additionally, it comes with good flight time and limited control distance. The Walkera VITUS 320 drone, however, falls slightly behind the popular DJI Mavic Air and Mavic Pro.

Although, it is still a stellar flying gadget for its price tag. Thanks to its pliability and powerful brushless motors that change this drone into an incredible flying machine that delivers stellar aerial performance. You can easily come up with quality content thanks to its built-in 12MP camera mounted on a 3-axis gimbal stabilizer. Additionally, it comes with intelligent flight modes that make it very easy for beginners to learn how to fly a professional-grade camera drone.

The Verdict for Walkera VITUS 320 Drone

Before I conclude off the review about this drone. Let’s again go over what we talked about throughout the article. The Walkera VITUS 320 drone is a good collapsible camera drone that comes with several interesting features. Furthermore, it enables buyers to get them at a much lower price point compared to the drones sold by DJI. Although, there are some downsides at these cheaper price tag limits the features.

If the features are what appeals to you the most and the Mavic Pro seems to be too expensive for you. The Walkera VITUS 320 drone is a good alternative option. Thanks to its 4K video capabilities and integrated 3-Axis stabilized gimbal. Additionally, it can deliver over 20+ minutes of flight time. This is a drone that conquers feats and is a very capable camera quadcopter that will exceed your expectations.

If you are curious what are your substitute options for the best drones under $1,000. You can visit our buyer’s guide that covers a wide range of well-known and popular drones for less than $1,000 — some of them being a preferable option compared to the Walkera VITUS 320 drone. Happy flying and fly smart!