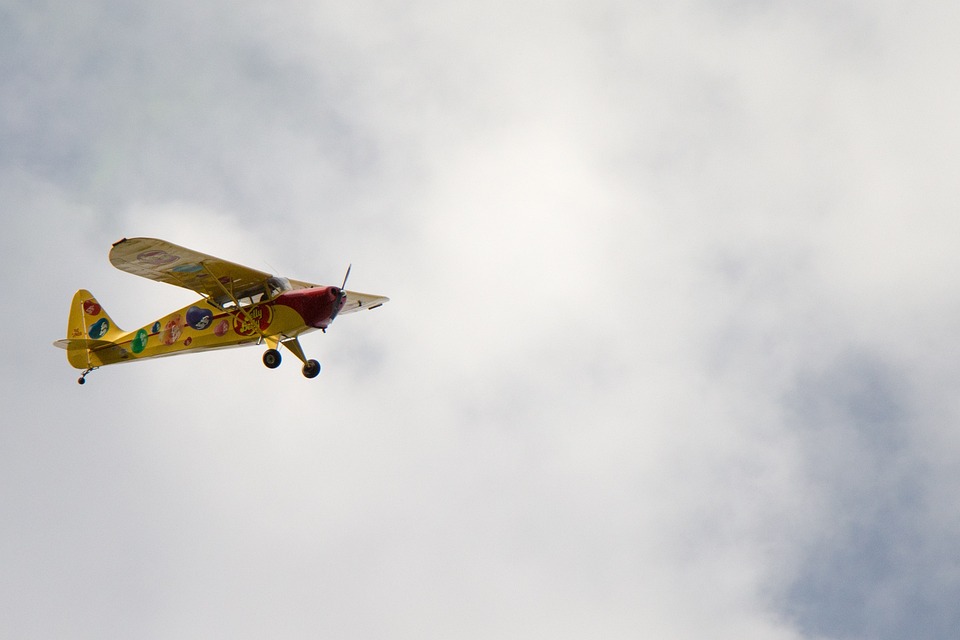 When you are shopping for a new drone there are many types to choose from. But their general design is all pretty much the same. Put fore are more propellers on some type of drones that were designed in the fashion that it will soar into the air.

The design of the actual fuselage aren’t exactly meant to be aerodynamic or even to help with flight; the majority of the work is all done by the propellers. Having said that, machines can be purchased that follow a more traditional design, these look like airplanes and are commonly called fixed-wing drones.

Unfortunately, if you take a quick trip down to your local hobby shop you will find loads of different model airplanes to choose from but that’s about it. When it comes to a fixed-wing drone it’s pretty much your old model airplane that has been designed with fixed wings to use propellers instead.

Of course, as the popularity of model airplanes starts to drop, people are looking for an aircraft of a similar design, thus the increased interest in VTOL aircraft. This article will briefly outline 6 of the best fixed-wing drones available on the market today.

6 of The Best Fixed Wing Drones in the Market:

How are Fixed Wing Craft Designed?

Page Content show
1 How are Fixed Wing Craft Designed?
2 The 6 Best Fixed Wing Drones in the Market
2.1 The Firebird FPV from Yuneec
2.2 The Kestrel from Autel Robotics
2.3 The Vahana from Airbus
2.4 The Swing from Parrot
2.5 The WingtraOne from Wingtra
2.6 RC (Remote Control) Planes
2.7 Tip from the Editor:
3 Conclusion 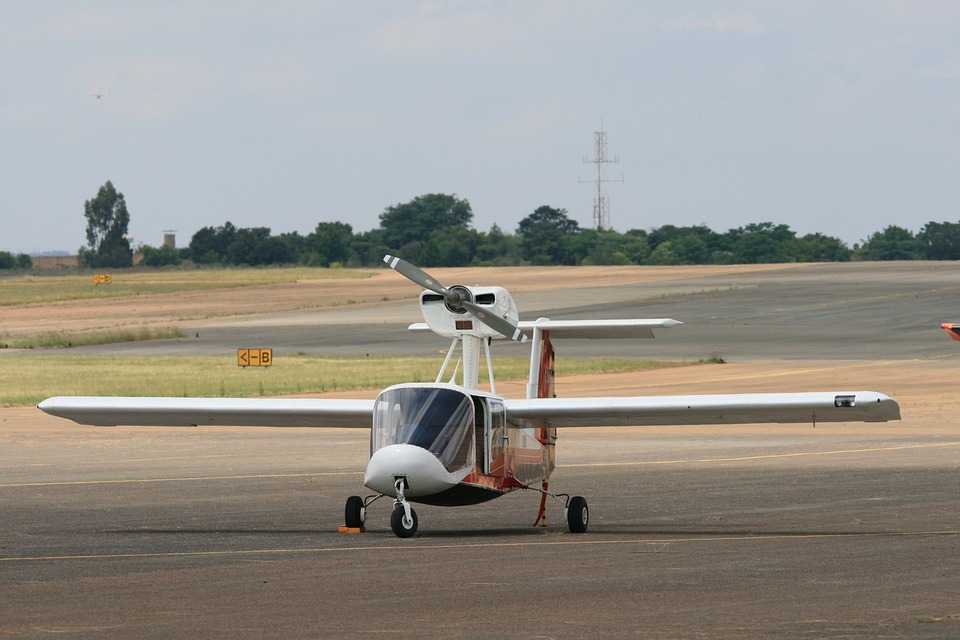 Any drone that is a machine with working wings can be considered a fixed-wing drone. Designed like an airplane, it also has fitted propellers that allow it to vertically launch or land.

As you will see a little bit later these rules can be bent. It’s like you put them together to give you a rough outline of what to expect. In all honesty, the vast majority of people who purchase this type of drone get much more than they expect.

A well-designed fixed-wing craft usually offers a much greater battery life and far higher overall speeds. Also depending on the build type, brand and design, they can be much heavier than a standard drone.

The science behind these fixed-wing drones is not difficult. The wings are used to allow the craft to move to the air and to carry the weight of the drone.

The propeller’s job is to simply help the airplane thrust itself forward. You’d be surprised but this forward motion requires much less power than it takes to suspend a traditional drone in the air using propeller power alone.

With the same amount of power that it needs to vertically launch a drone, these devices have a motor that’s capable of dragging the craft through the air while producing much greater speeds than the more simple quadcopter design.

As with any craft, there’s always a flip side. Fixed-wing drones require a minimum travel speed. You can choose to either soar using the wings or hover using the propellers. But once you deploy the wings you have to travel at a minimum speed to prevent the craft from stalling.

If your purpose is to travel at speed or to cover as much ground as possible, then purchasing a fixed-wing drone may be the solution you’re looking for.

The 6 Best Fixed Wing Drones in the Market

But, if you’re looking to take excellent aerial photographs and move at slower speeds while maintaining stability using extended battery life, then a multi-motor drone is probably what you’re looking for as it’s worth the compromise for the extra features and as well as the cost.

The Firebird FPV from Yuneec 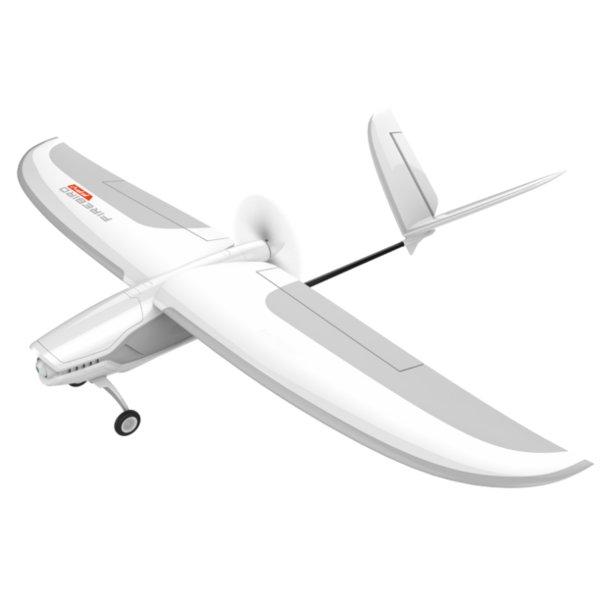 Shortly after its arrival was announced at CES 2018, this amazing fixed-wing drone quickly flew off the shelves. Some people were surprised that this is a much larger machine than its first appearances, as it’s designed to collapse nicely into a much smaller unit for transport. It offers longer flight time at much higher speed capabilities. It also has an RDH function to allow a fixed-wing drone to be used for fun and much safer if you’re just flying for pleasure.

The Kestrel from Autel Robotics

This fixed-wing flyer wasn’t exactly designed for your standard backyard pilot. But when Autel Robotics first launched this class of commercial VTOL drones they were greeted with a lot of excitement. The craft itself is designed to allow a much wider view of the land while offering you the opportunity to quickly scoot over it.

The Vahana from Airbus

This is certainly not something that could be readily purchased on Amazon. The Airbus Vahana is one of the early lines of passenger drones. They are intended to be used as a two-seater or one-seater craft. They may well be leading to the helipad near you in the next couple of years.

I’m sorry, but we did mention earlier that we might break some of our rules. This isn’t exactly what people expected on this list, but this is a VTOL craft. Having come to its testing phases, this initial offering from airboats will be used to design future generations. What is best described as urban mobility vehicles is the reason we put it on the list, because we believe it to be the future.

The Swing from Parrot If you’re looking for a quick and easy way to get into the fixed-wing drone market, you should get your hands on the pallet swing. This is a pretty high-end twin cast drone that is a very manageable experience for those looking to dip their toe into the VTOL world. Offering a combination of aerobatic experience and fun, this little drone will offer your stable flight capability of up to 19mph.

The WingtraOne from Wingtra

Known as one of the most versatile VTOL crafts on the market, the WingtraOne takes off and lands on its tail but operates in a fixed-wing configuration when it’s flying. It’s certainly being designed and priced for commercial usage. It can carry optional payloads that could include PPK GNSS receivers RGB, rings that are up to inspection grade, and 42MP full-frame cameras all of which will offer exceptional accuracy when working on mapping jobs. This unit is capable of knocking up to 400 hectares of ground in a single power of flight.

This is a replica of a real airplane, but you get to enjoy the toy version of it. While we generally don’t cover these types of toy reviews, we simply couldn’t deny the fact that RC airplanes are the originals of this species when it comes to fixed-wing drones. It offers users the capability of live video streaming, we take camera stills but it’s also a great way to help differentiate between what we consider a drone today and an RC plane; they’re all effectively unmanned aerial vehicles.

Tip from the Editor:

Whether you’re aware of it or not, if you are generating an income from using your drone you need to get a commercial drone license and follow a specific set of rules, these rules are different from non-commercial drone users. You’re looking to get what’s called a Part 107, this is not difficult to get. But some study will be needed as it takes a certain amount of time to learn all the rules involved. Some quick research will reveal all you need to know about getting a commercial drone license and all the material you need that can be accessed for free.

Fixed-wing VTOL drones offer users the ability to take off and land vertically without having to use a runway or a launcher; this means you can use the drones from virtually any location making them extremely popular for a wide variety, both commercial and pleasure purposes.

Working with a fixed-wing design offers you the ability to cover much longer distances at far higher speeds. You can fly for longer and cover greater grounds than you could ever do with the multirotor UAV. These devices offer a much higher level of insurance which makes them increasingly popular.

As more and more drones are coming on the market and others are entering the development phase, the vast majority of the venues are still being the purpose for non-commercial or military focused reasons. The fixed-wing flight is without a doubt the more efficient option for travel, however there are fundamental differences between the many usage of helicopters and airplanes, both can be invaluable and one cannot compete with the other in specific fields.

So it all boils down to one simple question: why can’t I have both? Now you can have a VTOL fixed-wing drone that allows you the functionality of both a helicopter and an airplane.